Are you losing weight in the diet? Indeed, if you want to lose weight, less oil and less salt, a light diet is a must. But this is not to ask you to quit the oil, not to eat, but to eat a good amount of high-quality oil during the period of reducing fat, that
Read More 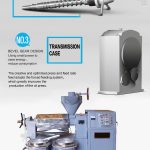 Oil is one of the main nutritional components of human food; every family can not live without it. With the constant development of the national economy and the continuous improvement of people’s living standards, the demand for vegetable oil especially the original plant edible oil is growing. With the recent surge of vegetable oil prices,
Read More

Lorenza Ferro demonstrates the potential of Nordic microalgae to produce both biomass and municipal wastewater in the Nordic climate. She also studied how microalgae and bacteria work synergistically and how it affects the composition of microbial communities in open algae cultures. She defended her thesis at Umeå University on Friday, March 15. Green microalgae transforms
Read More

The EU will restrict the use of palm oil for biofuels from June 10, and it is likely to aggravate the dispute between the EU and Malaysian palm oil producing countries. “Bloomberg” reported that the EU has published the above regulations in official journals, setting new standards for the use of palm oil in biofuels.
Read More