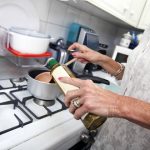 Switching from a diet high in saturated fat to one high in monounsaturated fat may help you lose a small amount of extra weight even if you don’t eat fewer calories, according to a study published in the “British Journal of Nutrition” in September 2003. No single cooking oil is suitable for all uses, but
Read More

Oils that contain higher amounts of monounsaturated fats, such as canola and peanut oil, tend to be among the healthier options since they help lower your low-density lipoprotein, or bad cholesterol, while increasing your high-density lipoprotein, or good cholesterol. Understanding the composition, smoke point and flavors of these oils can help you determine which is
Read More 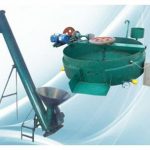 Canola oil is commonly derived from a rapeseed oil from plants specially bred to be low in erucic acid, which reportedly imparts an unfavorable taste to the oil and may cause health problems. It can also be a derivative of the seeds that are produced by cross-breeding multiple types of rapeseed. It was developed in the mid 1970s
Read More