The sesame oil production line has been improved by combining modern hydraulic oil pressing workshop with traditional roasting, dedusting, and cooling methods. In the sesame oil manufacturing process, it combines modern pipelining production with traditional frying equipment, which can not only increase production efficiency but also preserve traditional flavors. The superior oil production line not only retains the effect of roasting and dedusting on the fragrance of sesame oil in the traditional process but also reduces the time and space occupied by traditional techniques such as grinding, stirring and oil oscillating separation. Moreover, the improved oil pressing line also has features of modern hydraulic press technology, such as a high degree of mechanical automation, high production efficiency, etc.

Sesame seed selection has a great influence on product quality, and the main purpose of selecting is removing impurities and immature seeds. First, choose mature sesame which is full, moderately dry and wet; then use magnetic separator, screening machine, stoning machine and winnowing machine to complete the process of material feeding, screening, stone remover, magnetic separation, and complete process of dust-removing and air purification, which can reduce the damage to the subsequent machine.

1.Our improved oil hydraulic pressing process adopts high-low temperature combined baking method, which can minimize the loss of protein content in sesame seeds and other nutrients (such as vitamin B and linoleic acid). At the same time, the oil production rate is increased and the production cost is reduced. The structure of the national edible oil is improved: the oil could be also used for cooking and eating, while not limited to seasoning.
2.The modern pressing workshop’s oil output rate is 2 to 3 points higher than the traditional oil output rate. And it is labor saving: For small-scale oil manufacturing, 1 to 2 people can organize the entire pressing workshop. 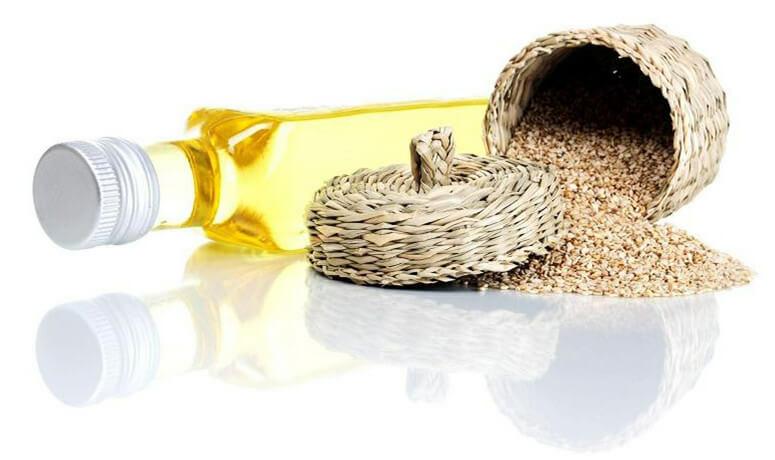 Sesame oil has a wide range of application. In addition to seasoning food, sesame oil is widely used in health food, medicine, metal, printing, and dyeing industry. Sesame oil, like olive oil and peanut oil, is an all-natural oil that can be used directly without chemical refining.

Every time the oil is finished, it will produce a lot of oil residue. We can use the oil residue again to make some special snacks, such as sesame cake, etc. Residues can also be used to feed chickens, fish, flowers. Since there is also a large human demand for oil cake in the market, our sesame oil production line truly realizes high output and low consumption.