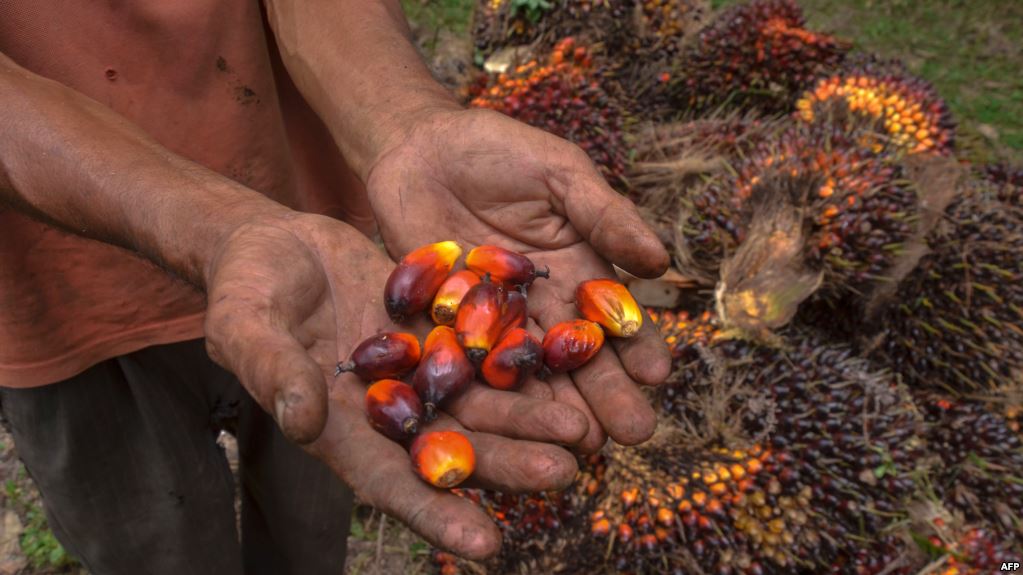 In a bid to increase renewable energy use in Europe, the European Commission adopted a new regulatory framework in June 2018. With the EU Renewable Energy Directive (RED II) the European Union applied new criteria March 13 for crops used for the production of biofuels: They must be sustainable and not cause deforestation through indirect land use change.

According to the EU, palm oil has been associated with the highest level of deforestation of any crop from 2008 to 2015, thereby deeming one of Indonesia’s biggest export commodities unsustainable.

As a result the EU will begin a gradual reduction of palm oil imports from Indonesia in January 2024.

The chairman of the Indonesian Palm Oil Association, Joko Supriyono, questions the criteria set by the EU for palm oil.

“They mentioned ILUC (Indirect Land Use Change) and palm oil has high ILUC-risk. From our point of view, their methodology to determine that is unclear. We believe the regulation is discriminatory,” he told VOA last week.

Bring the issue to WTO

The Indonesian government agrees with the association’s concern. The Indonesian Coordinating Minister for the Economy, Darmin Nasution, says that the regulation will have a negative impact for the export of crude palm oil (CPO) from Indonesia to the EU.

“This is a discriminatory act, if they want to test it, let’s test (the regulation) together. We will bring this to the WTO. So it’s clear, whether their action is fair or this is simply protectionism that’s concealed with different accusations,” he said in a statement.

The EU is Indonesia’s second biggest export market for CPO after India. Data from the Indonesian Palm Oil Association recorded 4.78 million tons of CPO exported to the EU last year. Supriyono said for biofuel purposes alone, the country exported around 800,000 tons in 2018.

Although Indonesian market share in the EU is quite large, Supriyono says it is not about how much palm oil Indonesia sends to Europe.

The EU has a two-month comment period during which the European Parliament and the European Council can express an objection to the new directive. Supriyono said the Indonesian government will file a complaint to the WTO if the regulation is passed and published at the Official Journal of the European Union.

In a statement, the EU said that their doors will always be open for a frank discussion with the Indonesian government and other stakeholders.

“We also expect that the establishment of a joint working group between the EU and relevant ASEAN Member States to address issues relating to palm oil will serve as another avenue for discussion,” the EU said.

Luhut Binsar Panjaitan, the Indonesian coordinating minister of maritime affairs, says Indonesia must be firm. The Indonesian government is threatening to boycott products from the EU in retaliation for the palm oil restrictions.

“There are a lot of European Union products that we need. With our 55 million people in the middle class and 269 million people of the total population, the market is huge,” he said adding that the palm industry plays a significant role in the Indonesian economy.

Nevertheless, Enny Sri Hartati, the director of Institute for Development of Economics and Finance (INDEF), says the issue will not be solved by threats. She believes that the right way to dismiss any accusations about Indonesian palm oil is by proving them wrong.

“Use supporting data, to counter the accusation. For example, the industry players have obtained the Roundtable on Sustainable Palm Oil (RSPO) certificate. Fighting it with retaliation will not benefit anyone. Even if Indonesia boycotts products, will the accusation stop?” she told VOA.

Hartati mentions that the issue with the EU directive is only biofuel, while the uses of derivatives of palm oil are very diverse, including in the pharmaceutical, cosmetics and food industries.

“Our limitation all this while is we can’t develop the diversification of palm oil. Our market is only the traditional market for CPO. And that makes our bargaining position weak,” she added. She believes that the government must create policies to give more incentives for the industry to diversify.

Indonesia and the EU are currently negotiating the Comprehensive Economic Partnership Agreement (CEPA), a process that began in July 2016. The seventh round of negotiations took place in Brussels last March. Supriyono said the latest development on palm oil will impact the CEPA discussion.

“We are talking about an industry that has a significant contribution for Indonesia. Because of palm oil, our trade with Europe is a surplus. This becomes a consideration for our government, that the trade negotiation should be able to increase our export,” he said. Supriyono said the palm oil discussion is one of the reasons why the conclusion of the trade agreement has been delayed for the past two years.