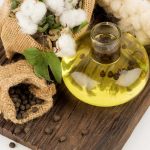 Cotton has been around since ancient times and it has been found that people from 3500 BC wove cotton into cloth. This was evident from pieces of cloth from the Indus Valley Civilization that were found by archaeologists. As centuries passed, more research was conducted to find how cotton can be used in other ways.
Read More

Jatropha curcas is originally a medicinal plant. Recently, it has been found that its seeds contain high oil content. It is one of the most studied energy plants in the world which can produce biodiesel. Jatropha curcas has high economic value and is recognized as a bioenergy tree in the world. Its seed kernel is
Read More

Types of Edible Oil According to the source of oil, edible oil is divided into animal oil and vegetable oil. 1.Animal oil refers to the oil that is fried and refined from animal fat, containing high saturated fatty acids and cholesterol. Such as lard, sheep oil, butter and so on. Advantages: tastes sweet, and the flavor
Read More 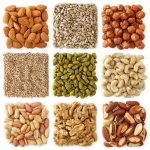