Camelina is a feedstock for biodiesel. Info on production and challenges; specific guides for US growing regions. Introduction Camelina (Camelina Sativa L. Crantz), sometimes called “false flax” is a member of the mustard (brassica) family.  It contains 30 to 40% oil by weight.  The oil is mostly unsaturated (90%) and is high in Omega-3 fatty acids making it
Read More 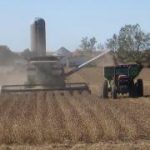 The many benefits to using soybean oil in the production of biodiesel include, soybeans are widely grown, the infrastructure and equipment to grow, transport and process them already exists, and the left over soybean meal is important for animal feed. Read more about the advantages and drawbacks of soybeans as a biofuel energy crop. Introduction
Read More 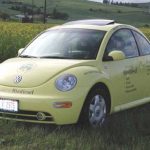 The “Mustard Bug” is not a pest, but a VW that runs on biodiesel made from mustard oil at the University of Idaho where they are researching mustard oil’s energy potential for biodiesel fuel. Introduction Mustard seed oil is not currently a common biodiesel feedstock, but because it has the potential to be a cheaper
Read More

When you learn the tricks on how to make peanut oil at home, you will never require buying it from grocery stores. The peanut oil is a useful item for your kitchen, and soon you will be using it in various ways. It does not take much effort for making peanut oil at home. However, use your weekends
Read More

Biodiesel can be produced from a wide variety of oilseed crops and animal fats. In Europe, rapeseed oil is the major biodiesel feedstock. In the United States, soybeans are the dominant biodiesel feedstock. Soybeans Soybeans produce approximately 1.5 gallons of oil per bushel. U.S. farmers produced a record-breaking yield in 2009 of 44 bushels per acre. This
Read More