Soybeans produce approximately 1.5 gallons of oil per bushel. U.S. farmers produced a record-breaking yield in 2009 of 44 bushels per acre. This translates to an oil yield of 66 gallons per acre. Soybean oil is a co-product with soybean meal, a popular high-protein feed for animals. Although soybeans do not produce as much oil per acre as other crops, such as canola or rapeseed, soy oil is the most popular oil in the United States. It is commonly grown as a rotation crop with corn. The United States has an established infrastructure to process soybeans into oil and meal.

Rapeseed and canola produce about 75 to 240 gallons of oil per acre. They are excellent rotation crops because they have deep root systems that scavenge well for water and nutrients. These crops use planting and harvesting equipment similar to what is used for small-grain production, and the meal commands high prices in the feed market.

Mustard, a relative of canola and rapeseed, has also been shown to be an excellent cover crop with high potential as a biodiesel feedstock. Although it produces less oil than canola, it is drought tolerant, grows well on marginal soils, and contains compounds that act as natural fumigants against soil pathogens.

Camelina is a relative of mustard and rapeseed. Camelina can potentially be grown at a lower cost compared to rapeseed because it does not require as much fertilizer or pesticides. Researchers in the Pacific Northwest have been growing and studying camelina.

Safflower and sunflower both produce oil that can be used for biodiesel, although these oils tend to be more highly prized as premium cooking oils.

Tropical oilseed trees such as oil palm and coconut are used as biodiesel feedstocks in some parts of the world. Other warm climate feedstocks, such as jatropha, croton, candlenut, and tallow tree, are also being researched as biodiesel feedstocks. In most cases, these plants grow wild and are well adapted to their environments. However, they have yet to be domesticated, so little information is available about diseases and insect pests that could cause problems when plants are grown in high density.

A 114-page report published in 2010 by the Food and Agriculture Organization of the United Nations emphasizes that the versatility of jatropha may make it useful in poor, remote areas of the world. This article summarizes the FAO report.

A major constraint for using castor oil as a feedstock for biodiesel is the high price castor oil commands as an industrial and pharmaceutical feedstock. Castor oil boasts high lubricity characteristics, so biodiesel derived from castor oil could achieve the required lubricity for biodiesel standards at concentrations much lower than that of rapeseed (Brassica napus L.) or soybean (Glycine max L.). However, castor oil’s high viscosity may limit its use to lower percentages in biodiesel blends or to warm climates. 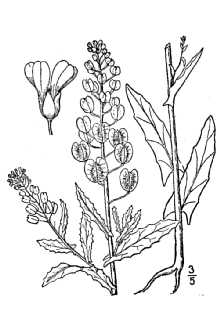 In addition to the main oilseed crops listed above, several plants are currently being researched as biodiesel feedstocks. Lesquerella and pennycress, both relatives of mustard, show promise as oilseed crops.

Hazelnuts could prove to be a cost-effective, productive new biodiesel feedstock, if current disease problems can be overcome. The tree is adapted to less productive soil and produces a high quantity of oil — about 90 gallons per acre.

In addition to oil seed crops, biodiesel can be produced from

Animal fats are low-cost biodiesel feedstocks. However, there are some drawbacks and challenges to animal fat feedstocks.

Microalgae have long been recognized as potentially good sources for biofuel production because of their relatively high oil content and rapid biomass production. There are production challenges which need to be overcome for successful commercialization.