Peanut oil, which may be called groundnut oil in the UK, is a highly desirable oil for deep-frying. It is made from the legumes called peanuts, and it is known for its high smoke point, the point at which the oil begins to give off smoke and start to burn. Refined oil, the type that people are most likely to buy in a grocery store, has
Read More

Peanut oil offers more than great taste. Due to its high smoke point, meaning that it can be used at high temperatures for longer periods of time, it tends to be a favorite option for creating delicious fried foods. This popular oil even offers few health benefits that other oils cannot. It contains a high concentration of “good” fats, and is
Read More 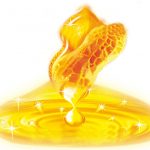 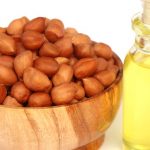 In the past, people generally only used lard and rapeseed oil as edible oil, and even in some areas, only butter. Now, the constant enrichment of edible materials also promotes the increase of edible oil varieties on the table. Then, what nutritional value does our daily edible oil have? Soybean oil: nutritionally balanced, affordable, is
Read More