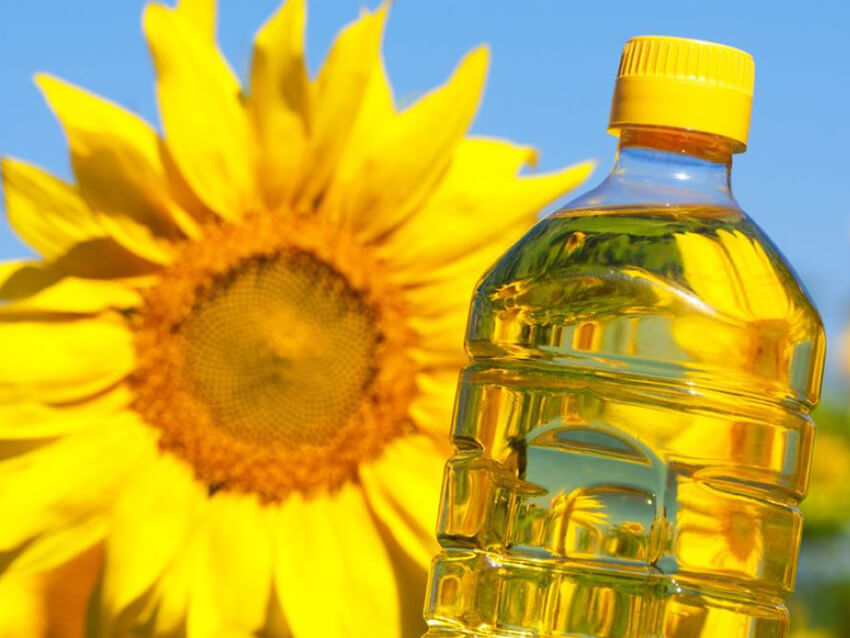 Growing of sunflower and other oil plants were the most profitable segments in agriculture during recent years in Russia, especially with the great yield of the sunflower seeds.
In the 2010-2011 production of vegetable oil in Russia was on the plateau. The record crop of sunflower seeds in 2011 was followed by a 35% year-to-year increase of production volume in 2012. During the recent two years, production of vegetable oil in Russia saw a significant increase in volume. The year 2014 is worth special attention: production volume almost reached 4.8 million tons, plus 21.8% over 2013. These dynamics were mainly driven by the record crop of sunflower seeds in 2013. And according to data from the Russian Ministry of Agriculture, the total sown area of sunflower in Russia is currently seen at 6.8 million hectares, a third higher than during the 2000s, while the planted area should be expanded to 8.0-8.5 mln ha by 2017.
The largest manufacturer of sunflower seed oil in Russia today is MEZ “Yug Rusi” with 30.88% of domestic production volume. Production facilities of this holding are located in Central and Southern Federal Districts. Major production facilities are located in sunflower growing areas – in other words, in Krasnodar Territory, Rostov Region, Belgorod Region, Saratov Region, and Voronezh Region. This location of production facilities provides high availability of raw seeds and reduces shipment costs of raw seeds.

Consumption of vegetable oil in Russia is dominated by sunflower seed oil and palm oil – together they provide over 90% of consumption volume.
The long-established leaders of sunflower seed and sunflower by-product production are the Russian Federation and Argentina and, more recently, Ukraine, who has become the number one producer and exporter in the world. Together, these countries produce over half of the sunflower seed to the world.
According to predictions by the Russian Institute for Agricultural Market Studies (IKAR), this will allow Russia to increase sunflower production to 12.6 mln tonnes by 2020, compared with 10.6 mln tonnes in 2013.

Expended planting area of the sunflower

New sown areas will be mainly established in the Volga Federal District of Russia, which currently remains Russia’s leading region in terms of sunflower production, accounting for 43% of the country’s total output. In addition, the new areas may be also established in the south of the country (and in particular the Rostov region), which has good climatic conditions for the growing of sunflower.

In 2014 the average export price for vegetable oil reduced by 16.5%. However, with consideration of ruble exchange rate manufacturers got extra profit in rubles. Thus, in the 2015-2016 competitiveness of Russian vegetable oil is to get stronger on the global market. Respectively, export will continue to grow provided the current volume of domestic production is sustained. Thus, in 2015-2016 the country faces favorable conditions for the further increase of export of vegetable oil and for the significant increase in prices on the domestic market due to possible under-supply of sunflower seed oil.

The shelling &peeling of the sunflower seed

Roasting of the sunflower seed

Then come to the roasting step. By roasting, the oil yield will be improved. Furthermore, the taste and scent would be greater.

Extraction of the sunflower seed oil

Automatic screw oil press which can squeeze and filter oil at the same time is popular in sunflower oil production plant.

Sunflower oil processed by automatic oil press are crude oil filled with pectin(protein, phospholipid) and free fatty acid. Only processed by refining machines can sunflower oil have the best taste.