Soybean oil is a cooking oil that is extracted from soybeans. Like other cooking oils, it can be used in such culinary tasks as frying, seasoning, and baking. Some proponents of this oil claim that the product has similar health properties to those of olive and peanut oil.

The process for extracting the oil from soybeans involves using yellow soybeans in most cases. After cracking the beans, the meat of the soybean undergoes a process that adjusts the moisture content of the product. The mixture is then rolled into flakes and pressed to release the oil. At that point, the extracted oil is refined and cleansed to produce a final product that has the clarity of any other type of vegetable oil. It is sometimes mixed with other oils to create a hybrid vegetable product that is typically one of the less expensive cooking oils on the market.

Soybean oil is used in both home and commercial food production. Around the house, it works well for frying foods such as chicken or battered vegetables. The qualities of the oil tend to make it possible to achieve a golden brown appearance that is very pleasing. It also tends to not interfere or inhibit the flavors derived from any spices that were added to the batter. 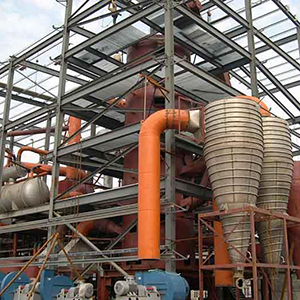 Salad dressings can also be created with the use of soybean oil. A simple recipe using equal parts of oil, apple cider vinegar, salt, pepper and any other spices desired produces a zesty and healthy dressing that works well with any green salad. As with any type of salad dressing, this combination can be prepared ahead of time and refrigerated for later use.

It is also possible to substitute soybean for other types of vegetable oils in various types of baked goods. This is especially true for cakes and various types of pastries. Because soybean oil does not change the flavor of other ingredients in the recipe, the oil does not leave behind any type of aftertaste. In addition, it can help maintain a slightly higher degree of moisture in the baked good, providing a more pleasing texture.

Pure soybean oil can be purchased at many supermarkets today. Health food stores also sometimes carry unrefined oil made with brown soybeans rather than the more common yellow soybean. While typically more expensive than vegetable oil blends, soybean oil is often competitively priced in comparison to peanut and olive oils.