On April 2, Indonesian Energy Minister Ignasius Jonan announced in Jakarta that Indonesia currently has the technology to process palm oil into aircraft fuel, and it is environmentally friendly or green aircraft fuel. He said: “We are likely to produce this green aircraft fuel in the near future.” As is well known, there are two
Read More

In view of the various benefits of edible oil, it has become a must in our daily life. Oil squeezed by oil press has natural flavor and no chemical additives, safe for daily consumption. With annual worldwide oil production rate of 220 million tons for both edible and non-edible oil in 2011, it’s believed that edible oil
Read More 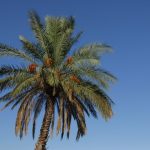 Palm oil is a tropical oil that originates from the fruit of palm trees. This type of oil is rich in unhealthy saturated fats that can affect your cholesterol levels. Palm oil is a common ingredient in margarine and processed foods. If you currently have, or are at risk of having high cholesterol, talk with
Read More

Choosing healthier sources of fat can lower your risk for heart disease, and sunflower oil may help. Most of the fat in sunflower oil is unsaturated, and this oil is a nutrient-dense food, according to the 2010 Dietary Guidelines from the U.S. Department of Health and Human Services. In moderation, sunflower oil may provide certain
Read More

The uses for tea tree oil are generally antiseptic and anti-fungal. Tea tree oil is believed to have a long history of medicinal use among the aboriginal peoples of Australia. The oil is generally made from the leaves of the tea tree, Melaleuca alternifolia, and it has been used externally to treat viral, fungal, and bacterial infections including
Read More