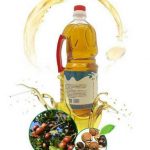 In ancient times, no matter the east or the west, the earliest washing ingredients were nothing but sodium carbonate and potassium carbonate. The former is a natural lake mineral product, and the latter is the main washing component of grass ash. The invention of soap was rumored to be a Phoenician on the eastern coast
Read More

Fat and oil processing, method by which animal and plant substances are prepared for eating by humans. The oil and fat products used for edible purposes can be divided into two distinct classes: liquid oils, such as olive oil, peanut oil, soybean oil, or sunflower oil; and plastic fats, such as lard, shortening, butter, and
Read More

Biodiesel production is the process of producing the biofuel, biodiesel, through the chemical reactions transesterification and esterification. This involves vegetable or animal fats and oils being reacted with short-chain alcohols (typically methanol or ethanol). The alcohols used should be of low molecular weight, ethanol being one of the most used for its low cost. However, greater conversions into biodiesel can
Read More

Background Cooking oil consists of edible vegetable oils derived from olives, peanuts, and safflowers, to name just a few of the many plants that are used. Liquid at room temperature, cooking oils are sometimes added during the preparation of processed foods. They are also used to fry foods and to make salad dressing. People in
Read More