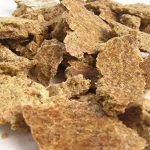 The soybean is a kind of legumes that are rich in protein. Generally, the oil content of soybean is about 22%, and the rot yield is above 300%. Facts have proved that the value and benefits of soybean would be 2-3 times of the original if you do as follows. Firstly, extract the soybean oil with screw
Read More

What is Soybean Oil? Soybean oil is a vegetable oil extracted from the seeds of the soybean . It is one of the most widely consumed cooking oils. Soybean oil is the world’s second largest source of vegetable oil and is around 90 percent of all U.S. oilseed production.  it is popular for its high smoke point and low cost. Soybean
Read More

Seed oils represent 70% of global oil production, of which 30% is soybean oil. Oilseeds are the most important export items in Argentina. In oilseeds, the vacuoles within cells contain oil, and both cell walls and vacuoles have to be broken in order to improve solvent extraction. Therefore, the preparation of the seed before solvent
Read More

In the production of soybean oil, we know that there is leachable soybean oil and pressed soybean oil, and we know what heavy craftsmanship is needed after pressing soy oil to be packaged into finished products, let us eat it. Here are five points to take a look at the five most important processes that
Read More

Soya lecithin is a compound made from soybean oil and is found in many commercially produced foods and dietary supplements. There are a few known mild side effects to using soya lecithin, but overall health reports are positive. Some scientists believe that soya lecithin contains nutrients that can help the body improve cardiovascular health, athletic performance, liver function, and fetal
Read More